Eye Of The Titan

Brought up as a boy in a traditional, proudly American household, I’ve played games my entire life. It’s what I’ve been told boys should enjoy, and luckily enough for me, I did. However, not until now have I actually thought about why I play so many games. Why am I drawn to pursue such a time consuming, unproductive hole in my wallet?

When nothing else in life does, games make me feel like a champion. They remind me that success doesn’t come easy, but that’s no reason to stop throwing myself back at the problem. Contrary to popular belief, games motivate me to keep pushing in my research, my classes, and anything else that’s remotely difficult in my life. A lot of this motivation isn’t really so conscious or straightforward. I don’t normally pick up a game, beat up a few minions and say “Ya know what? Now, I really feel like I can ace all my tests, get into all the top grad schools, and become a millionaire.” That would be dumb. Instead, playing games works more like a massage for my agitated brain. I feel relaxed, optimistic, and blissfully ignorant of the gigantic mass of work I left waiting for me.

Can you spot the protagonist? (Hint: he doesn’t have giant, glowing eyes)

Lots of games will give you this sense of confidence and relief, but none quite like Titan Souls. As the protagonist of Titan Souls, you find yourself as a tiny 8-bit style body, with just one arrow. Somehow, you wound up in this mystical abandoned land and surprise! There are huge scary guys called titans. In the pursuit of power and/or badass-ery, you must slay all the titans with your one puny arrow. Also you always die in one hit. Good luck!

Ok, so I made it sound a little more difficult than it actually is. Your one arrow is full of weird magic, so you can use your Jedi powers and force-pull it back to you whenever you lose it. And although the bosses only have certain weak points, they also only die in one hit. Even with these modifications, the game is still difficult. Yet this difficulty is exactly what lifts my spirits and makes me feel like a hero. In what universe can a slow, puny meatbag defeat colossal rock gods and aggressive, hallucinogenic mushrooms? In a universe where you’re that slow, puny meatbag! In Titan Souls, failure is but a 30 second delay, and success is the final step on top of a mountain that makes you thirst for more. 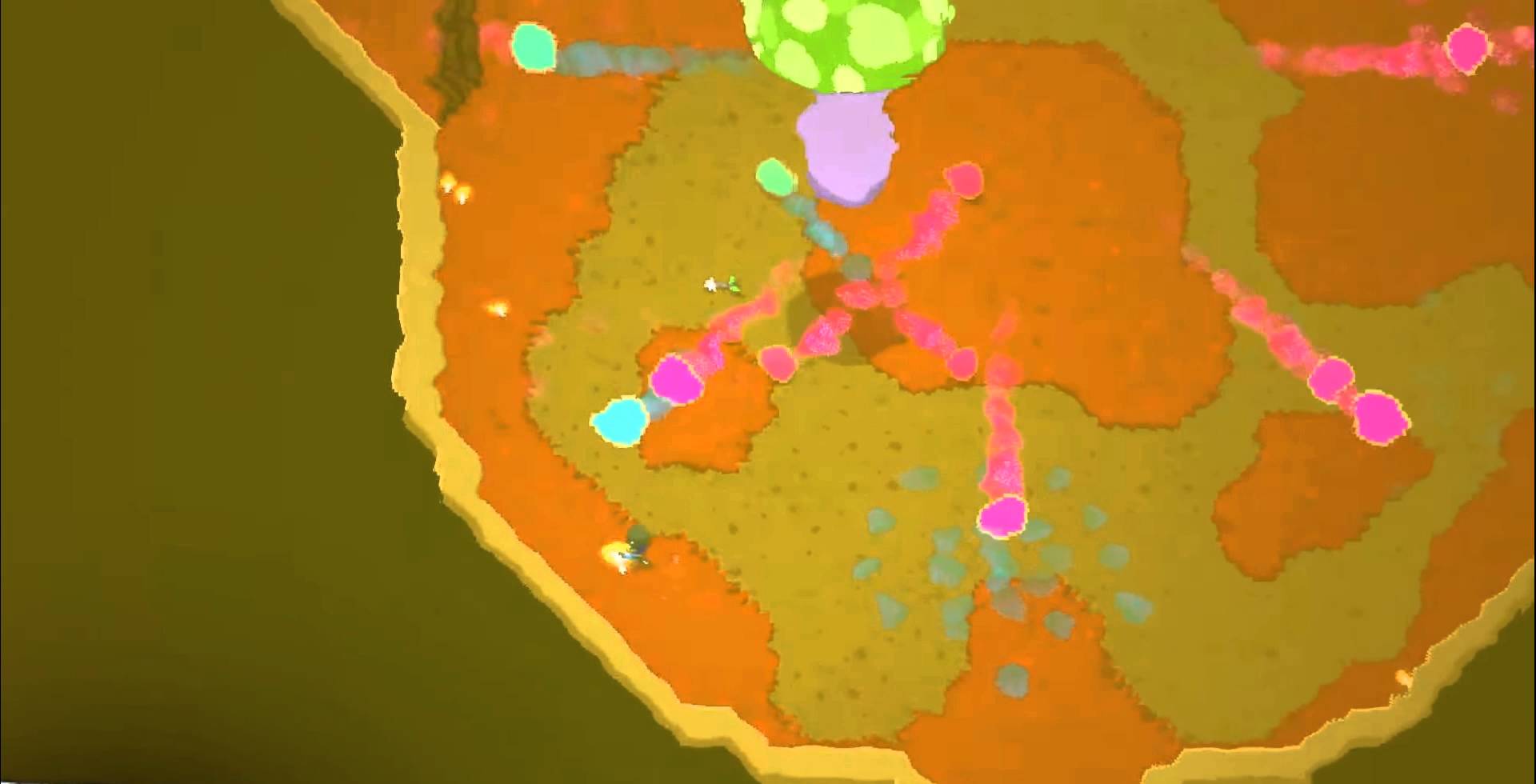 Hallucinogenic mushrooms can be quite aggressive...

Don’t get me wrong, Titan Souls will have you frustrated and defeated more often than not. But that’s kind of the point. You might’ve died twenty, thirty, one hundred times to the same titan, but that means nothing. If you’re frustrated, go fight another titan in the meantime. You’ll probably come back with a new mindset (whether conscious or not) and kick the guy’s butt in the first few tries. Weirdly enough, that’s often how life works. You try to tackle a problem, but you can’t quite crack it. You try a few more times, but nothing really changes, so you take a break. The next day, because the cosmos seem to enjoy playing tricks on you, you solve your problem in just a few minutes. As a software engineer, this has happened to me far more times than I’d like to admit. I’ve had my fare share of moments where I wanted to stop at the “take a break” part - to ignore the problem completely and let it handle itself. Fortunately, games like Titan Souls keep me from doing so.

In life, you might not reap the rewards of your efforts for days, weeks, or years. Without any visible fruits of labor, your efforts can feel useless. Sometimes, encouraging words from friends and family help me regain my confidence, but they often hit a wall of defeatism that’s difficult to overcome. When such words fail, Titan Souls demonstrates to my feeble mind that such efforts aren’t worthless.